Hey, John Crestani here, and today you will learn how to grow on YouTube. Are you trying to start a YouTube channel and you have a big fat, zero viewers, and zero subscribers? Well, I’m, going to be going over three important tips, starting and growing your youtube channel.

I’ve, been producing content daily for three years haven’t burned out and I’ll show you kind of the trick to doing that and some of the tricks I use to do that and we’Ll also be going over number three, which is viewer feedback: how to use the feedback that you get from your initial videos to help your channel grow and get better over time. So you ultimately win at the game.

Now. The first big thing that you need to understand is you have to study the competition, which is a very important step in learning how to grow on YouTube.

Maybe they don’t inject humor, whatever it is start to map out why your competition has been successful and why some of your competition? You know what their viewers don’t like really understand that, and that’ll help.

You create your own unique identity and a winning channel.

Now the second major way of growing a youtube channel with zero subscribers and zero viewers is putting out consistent content. So all things remaining equal and the internet is a competitive space.

All things equal, the person who puts out the most content wins. I’ve been putting out five videos a week for almost three years now over two and a half years, and that’s allowed me to break through the folds and gain an audience a couple hundred thousand people.

You know the YouTube channel itself makes me about somewhere around 12 to 15000 a month that’s, not big income for me, but that adds to my business and it’s, just easy, easy money. Now, what’s it? Important is you create a schedule for yourself and you map out what videos you’re doing and when? What I do is I release Monday through Friday, every day at 8:30.

know when you’re gonna release videos every single week, doesn’t change Monday through Friday, 8:30 a.m, and for you, I would suggest at least three Videos a week Monday, Wednesday Friday might be a good schedule, and you do that consistently for six months if you actually want to give youtube a shot.

Now, in my business, I have all of my videos outlined for me in advance and the topics are chosen based on highly searched keywords that people care about in my particular industry. So, for instance, many people are wondering how to start a youtube channel with zero views and zero subscribers, so that’s.

A topic I choose to speak on. I don’t speak on topics just because I want to speak on them. I choose topics based on what other people want me to talk about, and, furthermore, I shoot my videos well a week in advance.

So no matter what I’m, never coming up against the clock where I have to release a video. My videos are scheduled out in advance, so I’m. Never reacting to life. Life is reacting to me and that allows me to keep a consistent upload schedule and help the youtube algorithm and by the way, if you’re watching this.

Just help out the youtube algorithm for me and hit that, like button hit that subscribe content coming every single day, and also leave a comment, if uh, you have any questions up until this point. Okay, so you’re releasing videos consistently!

Listen To Your Audience

You’re, releasing videos based on what people want, not what you care about, and you’re starting to get viewers now at this step. This is the third step. Are you need to use viewer feedback to keep going? The easiest way is this: just ask your audience what they’d, like to see you do videos on telling them to post that stuff.

In the comments, what your viewers want to see and what your subscribers want to see from you is what you should be making videos on also if you get a video with a lot of views on it, make more videos about that topic now.

And from my standpoint, I was just repeating the same information over and over again saying the same thing in different ways. Each time – and I was kind of like this doesn’t – make any sense. How am I getting more viewers and more subscribers? And I’m, basically repeating myself every day, but it works just trust the process – I guess – and likewise if you do a video that doesn’t get any views.

You probably shouldn’t do more videos on that topic. Now, when I was starting out, I did a number of videos on being a digital nomad and how to travel and how to live cheaply overseas without any money.

You know it’s very easy to live very cheaply when you’re, not in the US, but many people in western countries and the Americas in Europe, don’t think you can live for 200 a month. I did that for a long time when I wasn’t making money and I was running an internet business and I was able to do this, but people don’t want to hear about that.

You can do it in your community posts on youtube and get feedback from people of what they want to hear about or what they want to watch or learn about, and you can also just read comments and see what questions people ask in the comments of your Video to give you guidance on what other topics people want to learn about.

These are really easy ways to become big on youtube literally just listen to your audience. Remember you’ve been given two ears and one mouth for a reason. You should listen twice as much as you actually speak.

Just do less of the stuff that makes people click off of your videos and more of the stuff that keeps people super engaged in your videos and you just continually analyze the chart to see where people drop off and you do less of that and where people stick On and do more of that and you’ll, become a YouTube pro and be building your channel very fast in no time, thanks for watching hope you enjoy my channel.

I come out with four videos every single week and I do one question and answer session on Mondays, where I’ll answer all your questions I come on live. I also give away money from time to time I gave away like 600 last week, so if you want to be on making sure you click and subscribe and give me a big like, and if you have any questions about growing YouTube channel, I’m just getting started.

I’m almost at 400000 subscribers right now entering a comment or question below I’d love to hear from you and uh. The more specific you make your question the more specific I can give my feedback. Generally, check the questions for a 24-hour time period after I release the video, and then anything else just come on my live session and I’ll do questions to answer and I’ll, try to answer as many questions as possible.

So, looking forward to seeing you as a subscriber to my channel and learning how you can work from home in these crazy times, make some extra cash, like lots of my other students, have had a good day.

All the best see you soon, bye. 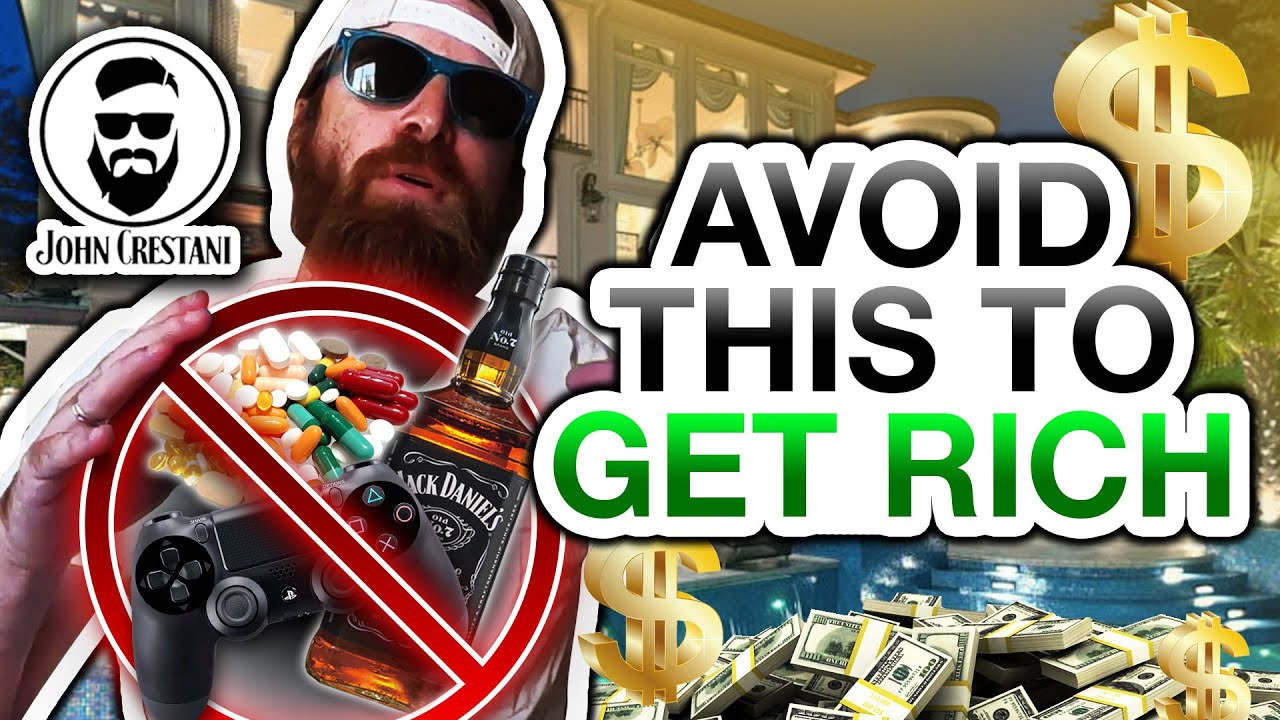 How To Get Rich – Things Wealthy People Avoid 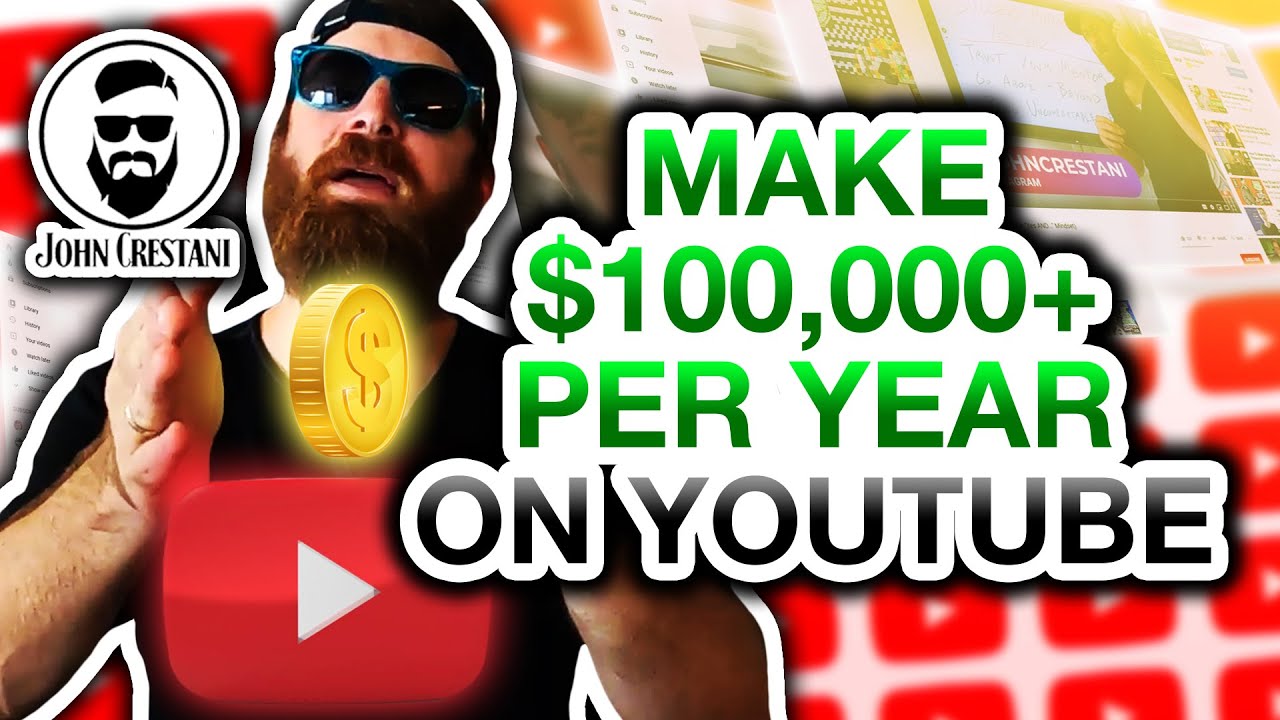 How To Get More Leads For Your Business (Free Wealth) 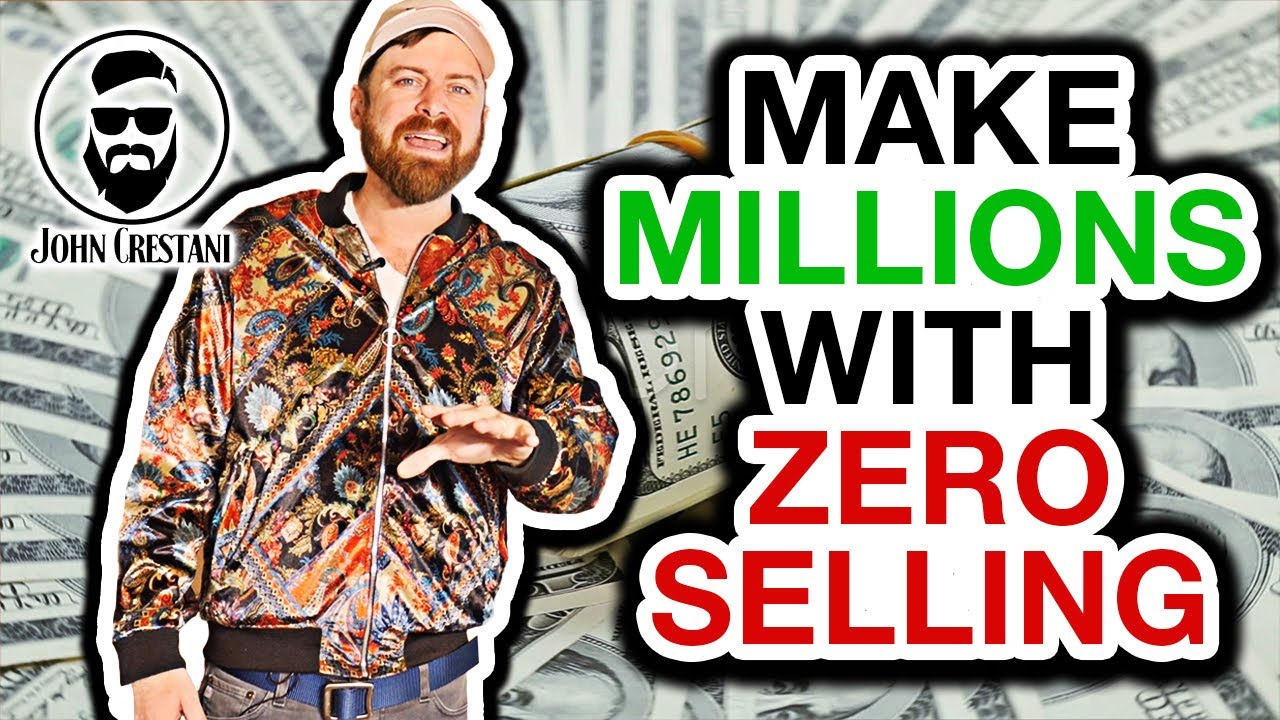 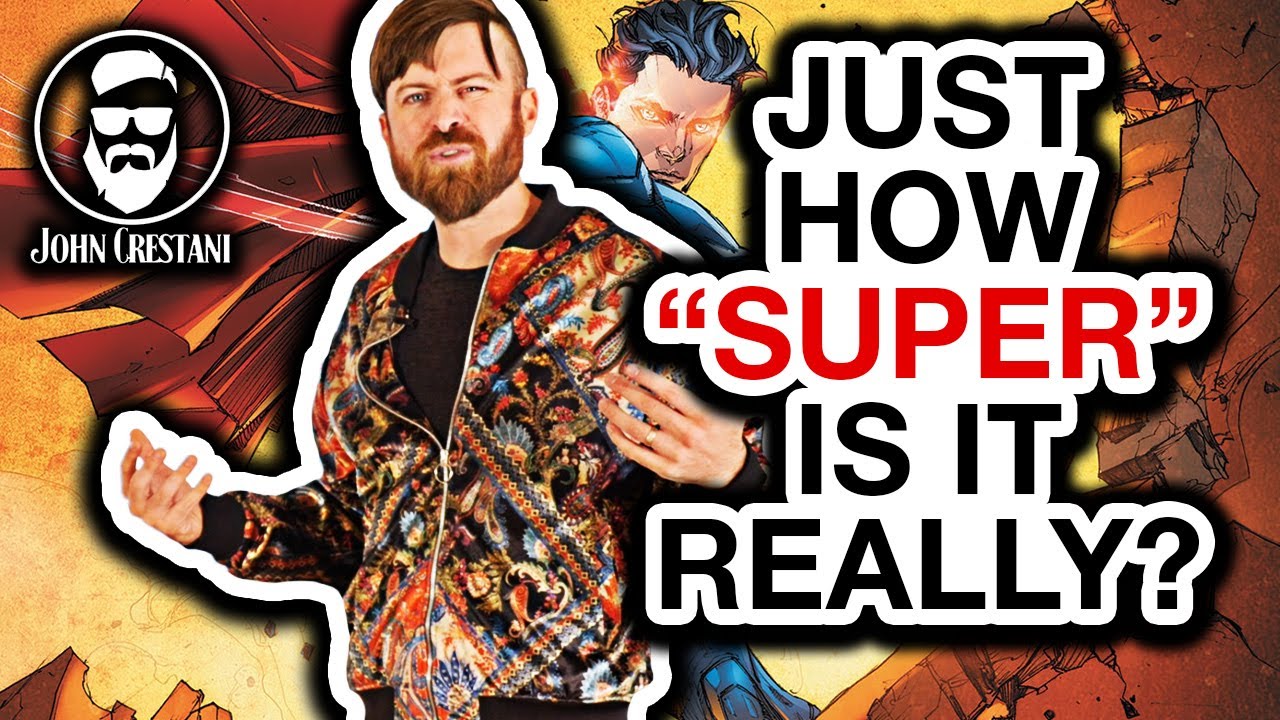 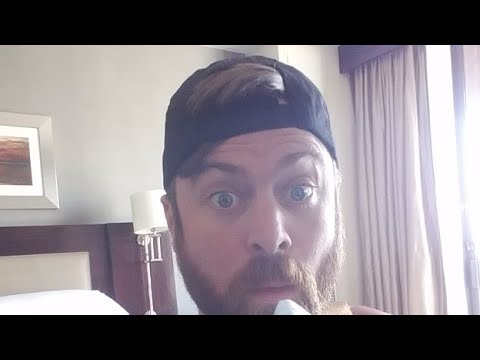 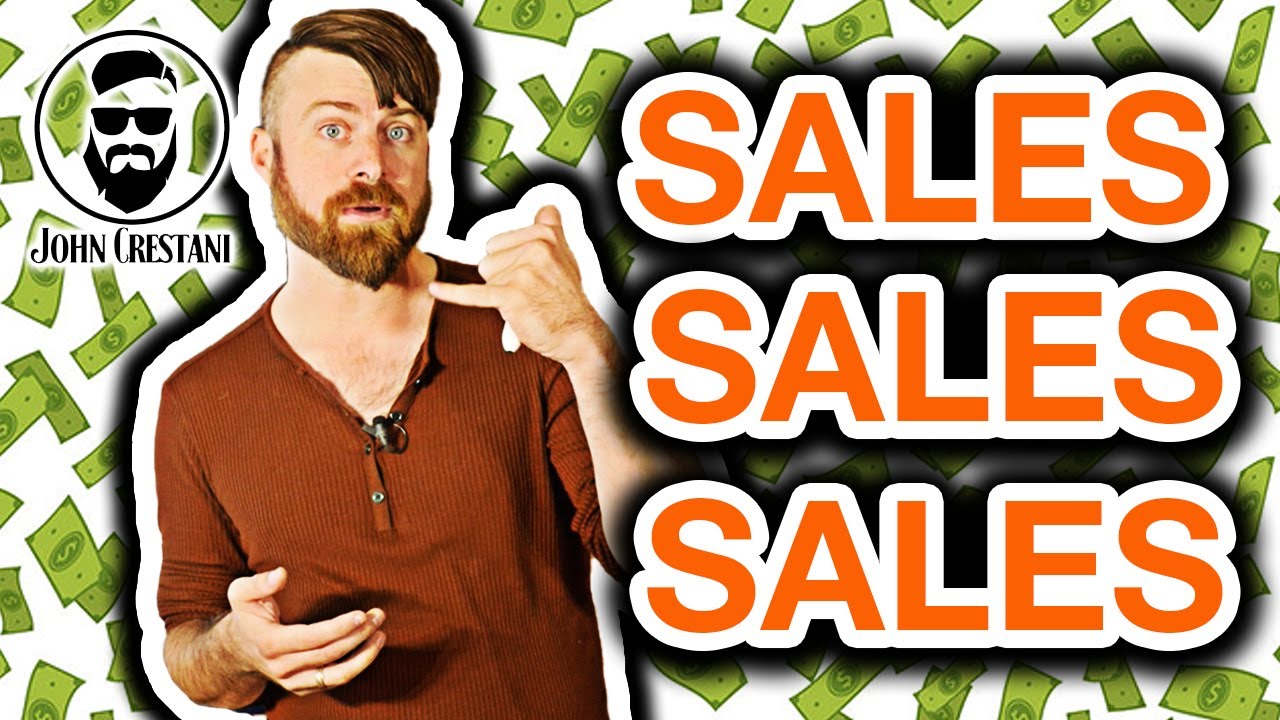